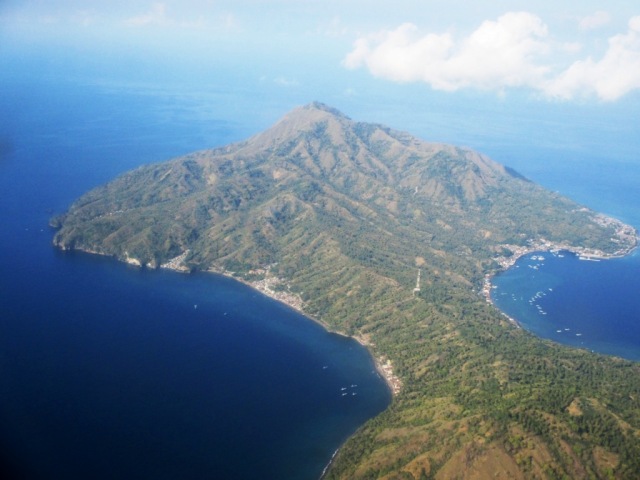 My first impression when our aircraft flew above this island was, “Woow…where is it? Is it real? Are we heading to the filming location of Lord of The Ring or something?” That morning Flores was covered with fog, but it was still quite clear for us to see how enchanting this island could be. Right after the beach, there were only hills and hills.. 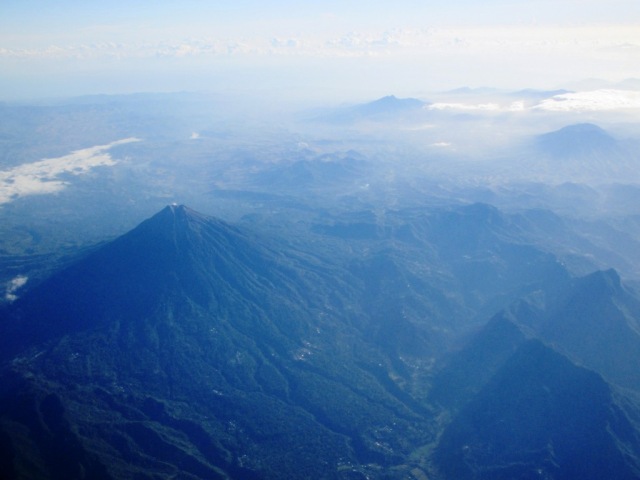 “Flores” is Portuguese for “Flower”. I suppose when those Cristiano Ronaldo’s ancestors came to this island hundreds years ago before Robin van Persie’s ancestors, they were amazed of its beauty and called it “Flower Island”.

Not many people know this island is so beautiful because of the terrifying power that lies beneath it. Flores is located within the subduction zone where two different tectonic plates collide. It’s the reason why this island is tectonically active and become the important part of what we call “Ring of Fire”.

The Ring of Fire is an area where a large number of earthquakes and volcanic eruptions occur in the basin of the Pacific Ocean. Flores itself is home for several volcanoes, such as Kelimutu (Ende), Inerie and Inelika (Ngada), Ranaka and Anaka (Manggarai), Rokatenda (Sikka), and Ilemandiri (East Flores). When I went to Manggarai few days ago, people told me that Ranaka Mountain was once alleged as inactive, until 1988 when it suddenly erupted and a new volcano came up. The new volcano was then called Anaka Mountain (“anak” = “child”).

Ranaka is the leftest mountain, and Anaka is right beside it.. (Picture taken from Manggarai airport)

The administrative city of Manggarai District, Ruteng, lies above 1000 meters (3281 ft) in elevation. The weather is cold, when it’s compared to other places in Indonesia. The temperature is around 17 degrees Celsius (alright, that might be summer in the some part on the north side of the earth!), makes it a very nice place to live. The people are very kind, the food was nice, the city was so calm, no traffic jam, not much criminality. But the water source are moving! Literally. Because of the tectonic movement, some spring water sites are moving from one place to another, and it makes clean water supply become a critical issue for Manggarai Government.

Rice fields in Ruteng, Manggarai. Made by the farmers, not alien, nor spiderman!

But anyway, it was very nice for me to come to this beautiful “Flower Island”. I would really love to come back here again some day and climb one of those mountains! 🙂

"a frog who try to sneak out of the coconut shell" - 2dayanotherday.wordpress.com
View all posts by rpatriana →
This entry was posted in Traveling and tagged Business Trip, East Nusa Tenggara, Flores, Hills, Islands, Manggarai. Bookmark the permalink.